Listening To That Intuitive “Ping”

What is your intuition telling you?

I was sure I was pregnant. For three weeks, I spent way too much money on every brand of pregnancy test imaginable.

And yet, I became obsessed with the belief – no, the knowledge, the certainty, darn it – that I was pregnant.

Every pregnancy test was stark white.

They all informed me of the same news, which was scientifically way more likely than the niggling feeling that I was, actually, with child.

I started hiding the pregnancy tests that I kept buying because I was spending a fortune on them.

Intuitively, I had a strong “ping” that I was pregnant. I couldn’t shake it. I felt certain about it, and irritated when the rest of the world denied my intuition.

Your intuition does this. You pick up on an energy and can’t let it go.

We’ve all had that thought, that premonition and maybe even said it out loud – “I just can’t shake the feeling”…

This happened years ago, and at the time, I wasn’t able to settle into things as easily as I am now.

These days, I would have known to just let the intuition that I was expecting just be, and see what developed.

But back then? I kept nagging!

Your intuition is kind of like placing an order with your server at a restaurant. After you place your order, you don’t eagerly check back every 2 minutes about how your food is coming along, right? You just know that it’s being worked on and will be delivered to you when it’s ready.

That’s how the Universe works, too. You get your intuitive ping, and then you sit back and just know that events will unfold in divine timing.

Amusement is vital to allowing your intuition to do its thing.

Finally, after I decided that I was absolutely, positively, not pregnant, but maybe crazy, and decided to let that intuitive hit take a back seat, to just watch it in amusement, thinking maybe I was getting a little “ping” from a baby who was about to enter my life, it hit me like a bolt of lightning.

I was in the shower on a chilly autumn morning, daydreaming about a family trip to the beach the following summer.

It wasn’t me who was pregnant at all!

It was my sister!

My sister, who wasn’t trying to get pregnant yet.

My sister, who didn’t have babies on her radar whatsoever.

I just knew it had to be her!

I texted her as soon as I was out of the shower.

“Hey. If you’re thinking of getting pregnant, you should wait another month, otherwise you won’t be able to go on our beach trip.”

A minute went by.

“Uhhhh. I just found out I’m pregnant yesterday. I’m about 6 weeks along. How in the world did you know this?”

Gaining certainty in your relationship to your intuition can help you to discern if the messages are for you, or someone else.

It was that intuitive ping! As soon as I had stopped trying to control it and force it to be what I thought it should be, but just looked at it with curious amusement,  it revealed itself!

The next time you just get a feeling, or just know something – settle into it. Get curious. Approach it with amusement. Because you’re probably right.

This story was shared by Vanessa, a student in the Intuitive Training Program — a great place to learn how to get clear on who/what/where your intuition is talking about!

We're not around right now. But you can send us an email and we'll get back to you, asap. 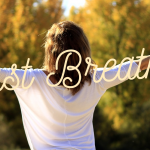 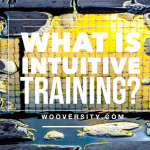